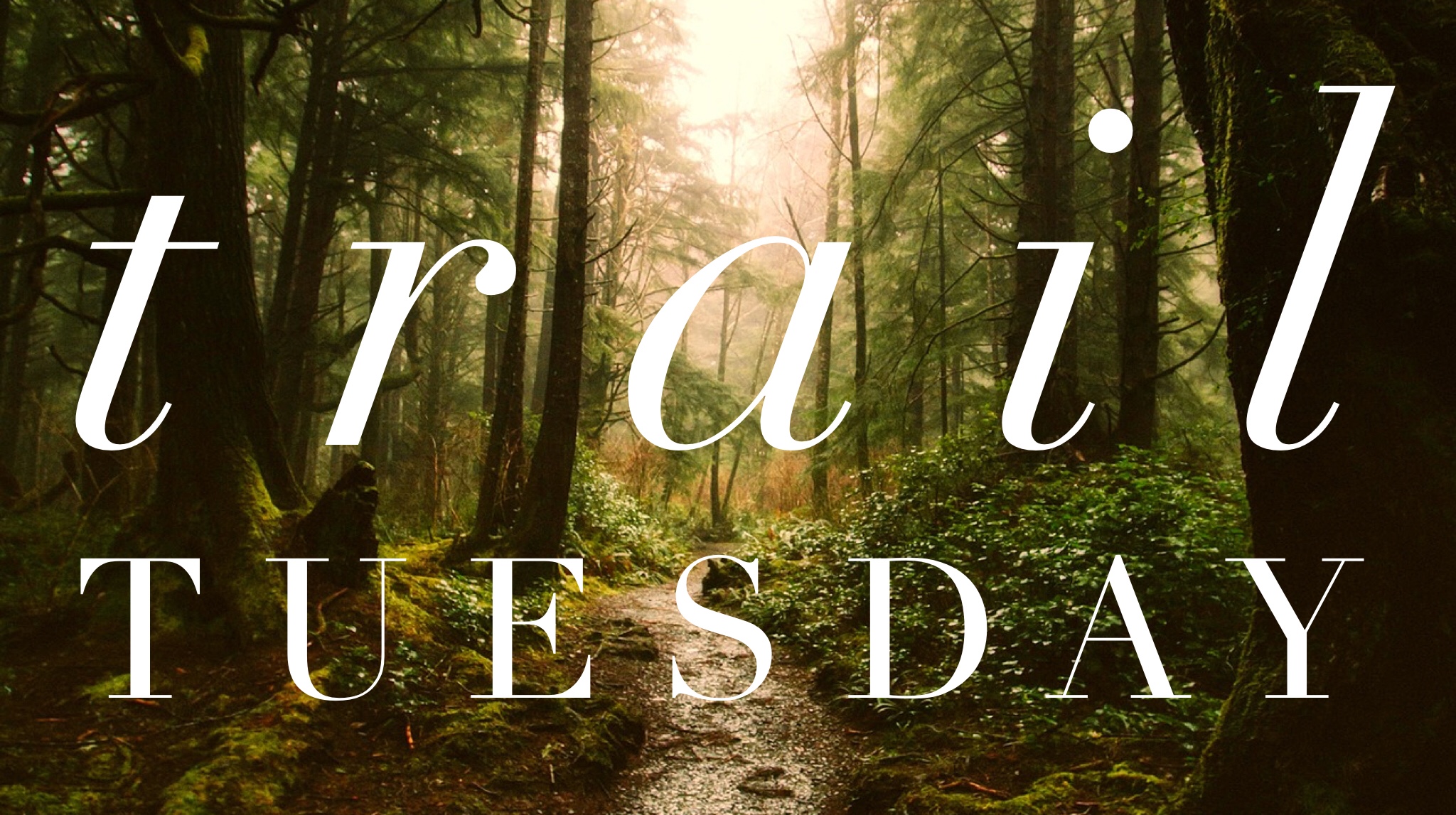 I’ve been on a water kick lately.

Bottled, canned and carbonated, tap in a Nalgene, a steady stream trickling parallel to a trail, a booming waterfall. When I begin to come back to the water, I know change is imminent. You can see on my Instagram feed, water has been the center of my posts for the last couple weeks. (Maybe it’s because I’m a water sign, I don’t know!)

Water is life. It’s what fuels our organs, circulates oxygen bearing cells and keeps us alive by carrying the blood through our bodies. We can live for weeks without food as long as there’s water.

I feel like natural water features; creeks, waterfalls, hot springs, lakes, the ocean…fuel us not only physically by being able to quench and replenish us with food (pescatarians rejoice) but mentally and emotionally as well by releasing energy and ions into the air that we then inhale or choose to immerse ourselves in.

Ever go to the beach and come home feeling like a new person? It’s that saltwater air.

Ever spend a day hiking and hanging out near waterfalls? Did you get misted? Ions.

Ever float down a river with your butt in an inter-tube, feet flirting with the surface of the water, beer in hand? You get what I’m saying.

The first time I felt a spiritual and energetic connection to a place (a PLACE) a true to life longing and emptiness sat within me for weeks once we returned home, a real “I left my heart in…” moment.

In September of 2014, we traveled 12 hours north to Michigan’s Lower Peninsula. We stayed right outside of a town called Cross Village, through the Tunnel of Trees on Sturgeon Bay. A piece of me stayed behind there. And in Petoskey. And in Harbor Springs. Basically, my poor little heart is just afloatin’ somewhere on Lake Michigan, right between the ring finger and middle finger on the mitten.

The days had a chill in the air, and the nights even more so. From the day we arrived the lake crashed and made a scene on the shore like the ocean. It came forward and back rhythmically. 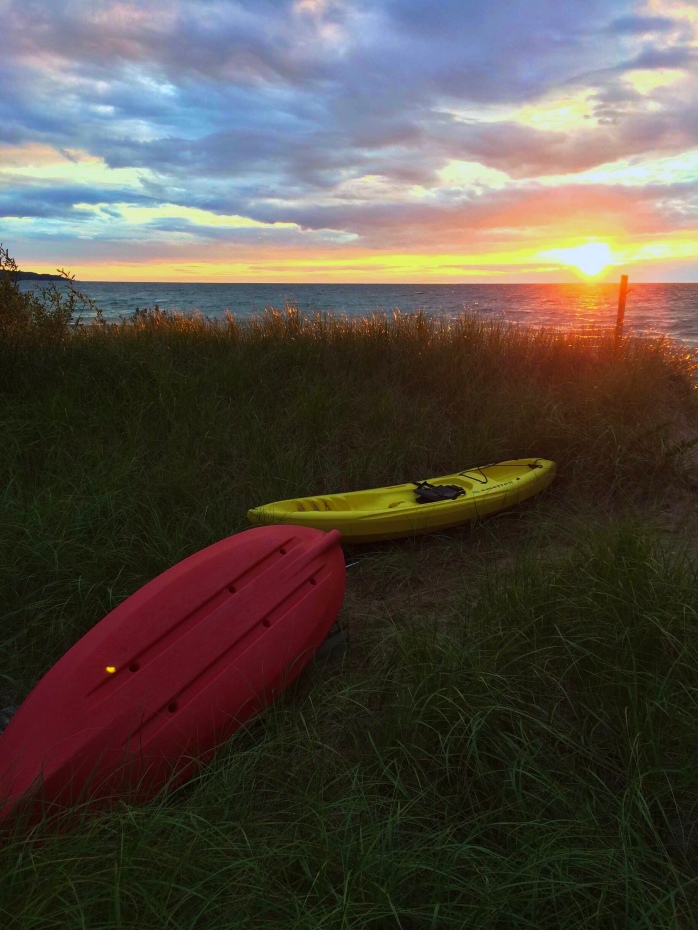 We slept with our bedroom window open, disregarding the cold. We could hear the water meeting the shore 24/7. It lulled me to sleep for almost a week straight. I could feel the air being pushed off the water directly into the bedroom. I slept better than I had in 2 months. It was what began the long healing process I had to endure after learning my grandma’s terminal diagnosis. I was awake now, the water was stirring something in me.

One morning we woke up and it was silent. The water smooth and still. The sky clear and cloudless. We dragged kayaks and canoes down to the shore and drifted into the lake. You could see straight down 20 feet it was so crystal clear. I brushed my hand over the surface and watched the ripples. It was very cold. The sun was high in the sky and we could see for miles. 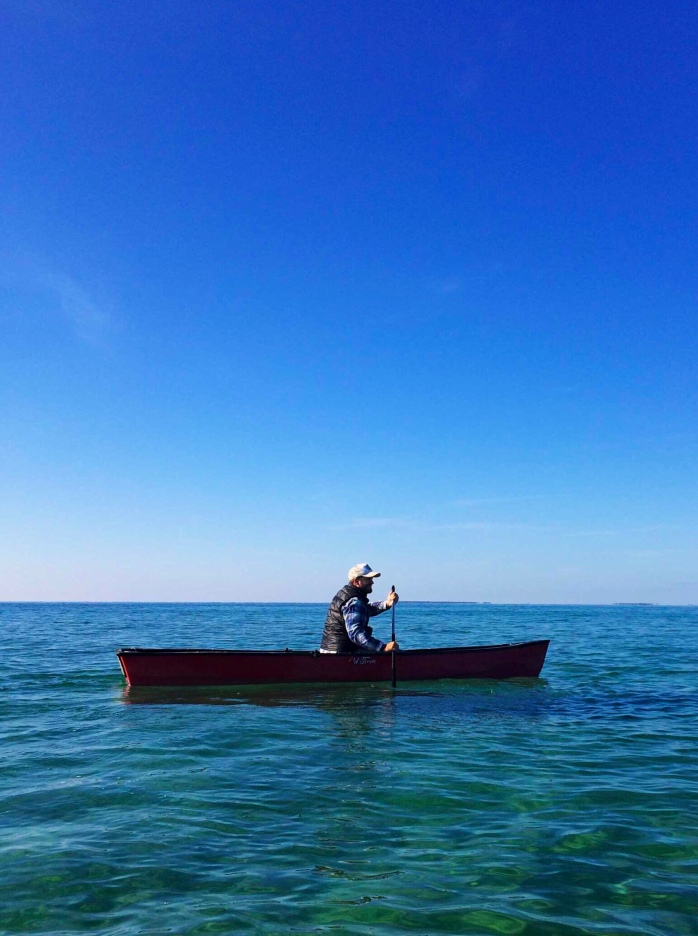 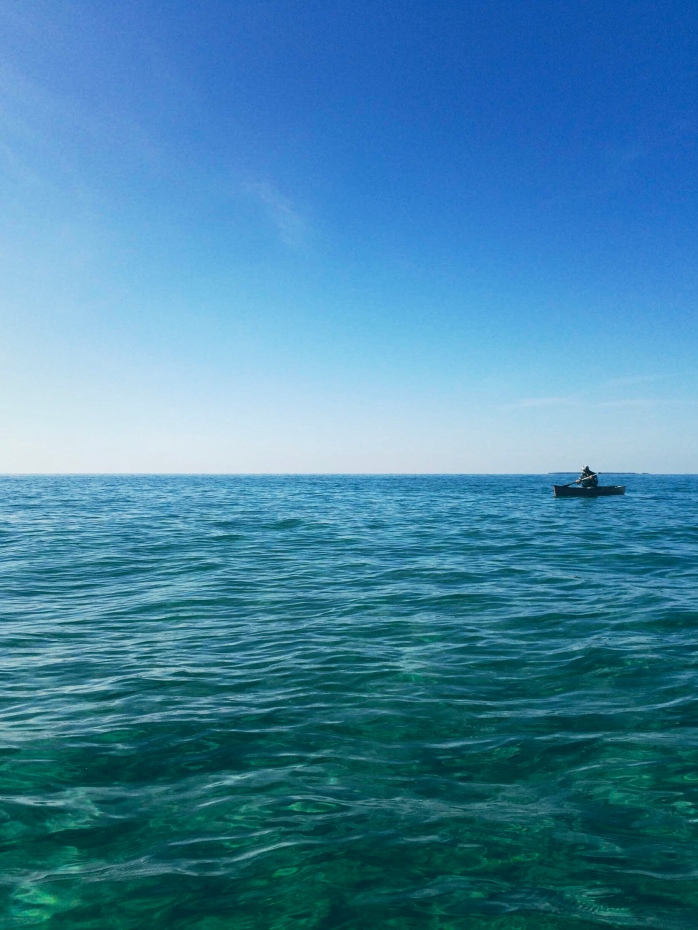 (You can see the difference in the water and the sky between the first photos and these!)

We paddled back to the shore and drank wine and had dinner. Night fell, and that’s when the magic began.

I was standing next to the lake, almost in it. It was wildly calm. Looking up I became disoriented. The stars were so bright and so clear.

Hundreds…thousands…millions of them. I felt like I was the figure glued down in the middle of a snow globe and someone shook the world around me, a billion stars suspended and drifting down slowly. I had never felt so small.

I turned in to go to bed early as the wine, food, and sun that day exhausted me. Not an hour later Turkey came into the room and shook me awake. “Hey. You have to come outside. Right now.” I wondered if the guys had started a ridiculous fire, or some sort of wild animal stumbled upon the property or maybe they built a beer can tower or something. I threw a sweatshirt on and slipped my shoes on lazily.

Turkey led me over the wooden boardwalk in the pitch black. The wind was colder than it had been all week. I remember shivering.

My jaw dropped. Tears began forming in my eyes. The Aurora Borealis.

For almost an hour and a half, we stood in silence and watched the most incredible thing I have ever seen. It started fast; pulsating ribbons of green across the sky, reflecting off of the glass top lake. It faded in and out…slow, fast, bright, dull. It was like a heartbeat. Always green. It danced across the sky until eventually, we couldn’t see it any longer. Unfortunately, at that time all we had were our iPhones, so we couldn’t capture any good photos. But that was ok. I was living in that moment.

That night…that week actually, is forever instilled in me. Lake Michigan changed me. The sounds it brought, the colors, the grit of the sand under my feet and the brisk air. It was then that I fully understood that we are part of something intricate, something so much more than just working every day and paying bills and coming home and doing it all over again. It awoke in me a yearning for travel, to see all of the beautiful energetic places around me, to put together everything in me that was missing. Michigan was the first piece of the jigsaw of my being that fell into place. I was then on a mission to be fulfilled by the beauty around me.

If you’d like to read a little more about how water has inadvertently helped me, you can read this past blog post. It may be my most literal cleansing experience with water in nature. You can read it here. It’s an entertaining albeit vulnerable entry. I encourage you to try to have such an experience. Be in it, breathe it and live it.

Whether we drink it, use it to wash our bodies or clothes or spend a few days laying next to it or laying in it on vacation…

“Water is the driving force of all nature.” – Leonardo da Vinci